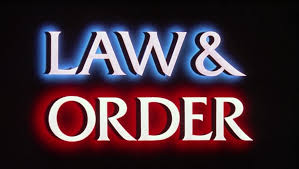 Burbank, CA — Eager to curry ratings favor with its doddering audience of Baby Boomers, NBC announced today that it is reviving its popular crime drama Law & Order. The original series was cancelled in 2010 after critics panned the latest episodes, which consisted entirely of captions backed by quasi-musical noises.

“I am confident that this new version will be as fresh and depressing as the original,” said series creator Dick Wolf. “Fortunately, the headlines are always full of horrifying, repugnant, ‘sick bastard’ behavior that we in the TV industry can turn into popular entertainment.”

Wolf confirmed that Sam Waterston will return as assistant DA Jack McCoy. In addition, Wolf is in negotiations with the CGI version of deceased series veteran Jerry Orbach.  And Henry Winkler may reprise his role as “Fonzie,” the brash-but-lovable coroner.

Are more spin-offs in the works? “Who knows? It’s nearly impossible to program nowadays,” an NBC executive admitted. “There are so many channels, so many niche audiences. Frankly, this year we just gave up and went home to our ‘Red Rooms.'”

On a related note, NBC announced that it is greenlighting a remake of Friends, with a new, all-chimp cast and Matthew Perry.