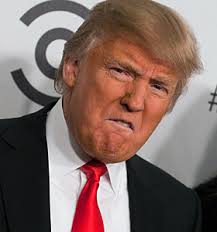 And the problem is not just with the starring female roles. “Are you telling me Yogi couldn’t have played that bear in The Jungle Book? And what about The Lion King? Garfield would have been perfect for that farting pig.”

But didn’t Disney animate Native Americans in Pocahontas? “Irrelevant,” Trump replied. “I’m talking about movie jobs for real cartoon Americans, not those who just happened to be living in this great country when the European Americans arrived. For cryin’ out loud, those native characters didn’t even know they were living in America!”

Trump stated that, if he is elected, he will order the INS to begin an investigation of all Disney animated characters. “It wouldn’t surprise me if the entire cast of The Emperor’s New Groove was in this country illegally,” Trump said.